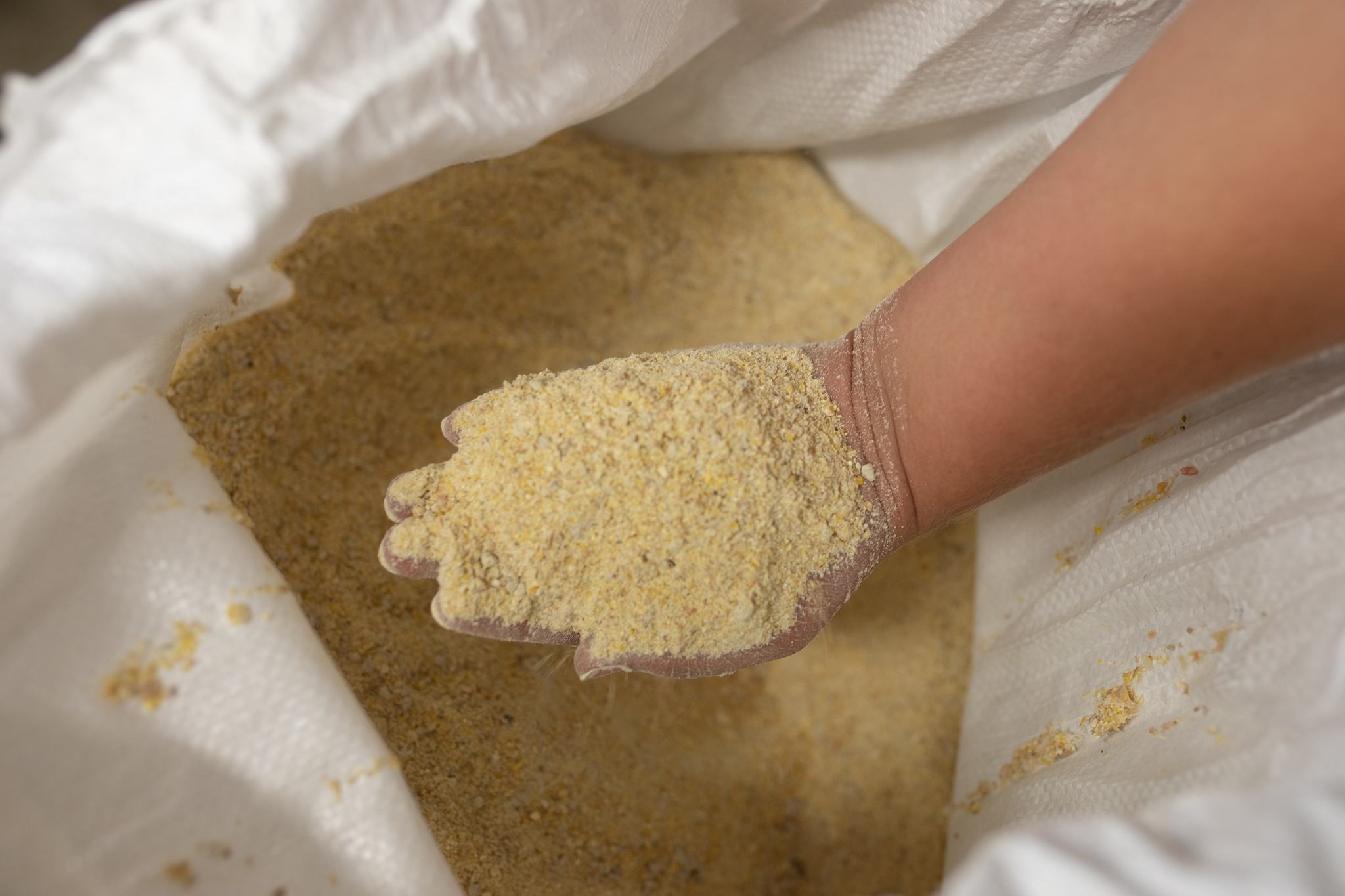 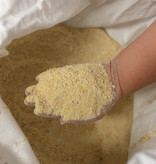 Pigs are omnivores, which means that they consume both plants and animals. In the wild, they are foraging animals, primarily eating leaves, roots, fruits, and flowers, in addition to some insects and fish. As livestock, pigs are fed mostly corn and soybean meal[13] with a mixture of vitamins and minerals added to the diet. Traditionally, they were raised on dairy farms and called "mortgage lifters", due to their ability to use the excess milk as well as whey from cheese and butter making combined with pasture.[14] Older pigs will consume three to five gallons of water per day.[15] When kept as pets, the optimal healthy diet consists mainly of a balanced diet of raw vegetables, although some may give their pigs conventional mini pig pellet feed.